Home d What Corruption Costs YOU 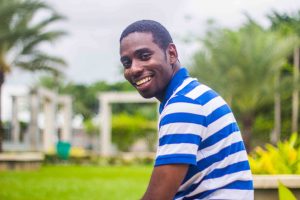 There is a cost to every item in your home, the TV, furniture, kitchen utensils – everything. We value things based on the price we pay for them: the higher the cost, the more valuable it is. And it is natural to feel more angst when we lose a N3million car than say a piece of glassware tipped over by a playing child.

There are also intangible costs: the time spent in traffic, customer goodwill and others. But have we ever wondered about the price we pay for allowing corruption to thrive in our homes?

According to the OECD, the African Union (2002) estimates that 25% of the GDP of African states, amounting to US$148 billion, is lost to corruption every year. $148 billion lost to corruption may not mean much at a glance: it sounds like a mere statistic, something put out there to make a presentation look better. So let’s come closer home.
Sometime last year, a friend was considering replacing his worn-out inverter batteries. The batteries originally cost about N100,000 in January, 2015, but replacing them would now cost him N240,000 (N120,000 each). That amounts to over 100% inflation! The reason is obvious: the strength of the dollar against the weakening naira in an import dependent economy.

The vagaries of our present day economy hide the truth about this friend’s unnecessary expense. A Yoruba proverb goes: kokoro ton j’efo idi efo l’owa (The ant that eats the vegetable is inside the vegetable). The issue here isn’t actually the fall in the price of crude oil, or that import duties have gone up. The real kokoro (culprit) here is corruption: without corruption, an inverter would not have been necessary in the first place!

It is reported that the administrations of Presidents Obasanjo, Yar’Adua and Jonathan spent about US$29.635 billion on power in 16 years. Corruption in the sector has ensured that we continue to buy fuel, generators and inverters we otherwise would never need. Some of the equipment bought was left to rot and gather dust and demurrage at the Lagos port for about eight years. The cost of a nuclear plant with a generating capacity of between 1400-1800 MW would have cost about $6 billion USD and taken about 6 years to construct. So we could actually have had five of these power plants around the country, generating enough power for years to come.

Following the Fukushima disaster, a lot has been said discouraging nuclear energy as a power source, so let’s explore hydroelectricity, another power generating source. The Xiluodu Dam, one of the largest dams in the world with an installed capacity of over 14,000 MW (Nigeria still hovers around 4,000 – 4,500MW) cost $6.2 billion. Construction on the dam began in 2005 and was completed in 2014.

The fact is that whichever direction we choose to go – wind, nuclear, gas, solar or hydroelectric – Nigeria has no business being in darkness. We should never have to spend our income on fuel or generators or, like my friend, new inverter batteries. We have been scammed. The joke is actually on the citizens.

18 years into democracy, we cannot say we are better off now than before. No electricity, no convictions, and money down individual pockets. And who pays for this corruption? We!

The power sector is replete with waves of scams and it is little surprise Nigerians will continue to use their income to subsidize fraud. Godwin Ndudi Elumelu, a former Chairman of the House of Representatives Committee on Power during the probe of Sixth Assembly, gives an insight into how the private sector is the oil in the wheel of corruption, and this is exactly what BribeCode will prevent when passed into law.

BribeCode will punish companies used to siphon our commonwealth with liquidation, reward whistleblowers who bring information on the scams with a percentage of recovery, and refund looted funds into the treasury of prosecuting states. It is a transformative way of ending endemic corruption by focusing on corporate corruption while punishing individual conspirators with Total Assets Forfeiture.

My friend could use that extra money to buy himself a new toy, go on a holiday, or have another honeymoon. He doesn’t deserve to use his income to “pad” government ineptitude and corruption. We will be wrong to believe that this is a result of the exchange rate. It won’t matter whether oil sells at $500 per barrel, where corruption is allowed to thrive, we will still not have power in our homes.