Bribecode’s Goal is to end the widespread corruption that keeps Nigeria from reaching her full potential. Grand Corruption in government means that contracts are awarded to companies on the basis of their deals with corrupt officials and politicians, rather than the national interest.  This means that

Our solution is to start at the source of the problem: the contract between the government and the companies. When the Bribecode comes into force, whistleblowers who bring information on corruption are not only protected, they are rewarded substantially. And if a company is convicted of serious corruption, it faces the penalty of liquidation, with no fine option, and with 1% of its assets going to reward the whistleblower/s. Unlike the current situation, corrupt companies can no longer depend on their partners in government to shield them from prosecution because any of Nigeria’s 37 attorneys general can bring liquidation proceedings.

This will help to end Grand Corruption by making the penalty for corruption unacceptable to company directors and shareholders and creating a private sector with zero tolerance for public sector corruption. The new anti-corruption culture will grow mostly by self-regulation from the private sector and impact the rest of society, especially the public sector. Within one budget year, we can expect to see real ‘transformation’ in society.

Together, we can make this Happen! The 9th National Assembly has now been inaugurated. We must tell our lawmakers our priority for this National Assembly: The Bribecode, not another law to increase legislators’ salaries. With the Grand Recall, we must use our constitutional right to Recall lawmakers who oppose the Bribecode, perhaps to preserve their access to ‘Ghana must Go’ bags from corporate lobbyists.

I am Juliet ‘Kego Ume-Onyido and I support the BribeCode

I am Ozioma Izuora. I support the BribeCode! About time too….Accountability is too important to be left to greedy politicians.

I fully support the Bribe Code project. It’s time for us to claim back our sovereignty and power as a people from political opportunists.

This is massive. I am in full support.

My name is Jon manuels. A good way to start. The desired change begins from here.

I am Adegbesote Adeleye Abel. I support the Bribe Code. It’s time to cut off unnecessary wastage in the country…..

I support a credible whistleblower initiative 100%. Great incentive to encourage co-operation and keep contractors on their toes.

“My name is Jude-Souza Akwo and I support the BribeCode”

I Am Ogunsola Abiola, I Support Bribecode

Lets fight corruption to the end, together we can do it!

I am strongly in support of the bribe code.

This is a welcome develoment. I strongly support the BRIBECODE 100%.

Corruption is the greatest hindrance to our development. We need to ‘genuinely’ kill corruption, before it kills us all. I support this movement 100%….William Kayode.

Wow! This is so nice! I’m fully in support of Bridecode

I am in support of the bribe code.

i am in support of bribe code, but why does it take so long. I think i joined since 2017

I am in full support of the Bribe Code.

If supporting this, is to improve on a dysfunctional system that has continued to leave us lingering in the dark, then I dive in support of it wholeheartedly.

I really pray it scales through. I volunteer to lead this Campaign in Enugu state.

My name is Rosemary Abiola-Oke, I stand with the bribecode enough is enough

I am Comrade Emeka Nwokocha. I strongly suggest the bribe code initiative…

My name’s are Joseph ayeotu I am in support of the bride code yes we most fight it to be implemented.

Am Ajagba felix, am in support of the bribecode 100%. Corruption must come to an end in Nigeria.

This is a great vision to support. Please this vision MUST not die because visions DON’T die.

Question, is there no place we can start meeting? This matter is urgent and very very serious.

The bride code is as important as the oxygen we breathe.

I fully support this

I am Uchenna Orazulike Nnoli and I support BribeCode.

This is a difficult path to toe for the average Nigerian but trust me,there are no other options left.
Corruption is the bane to our development as a Nation and if we going to survive we must grab it on the jugular. We must break free from it and it has to be a concerted effort from the young to the old,from the military to the police to the civil
Service from the civil service to the school from the school to the market from the market to the street and up to the family.

I fully enlist in the Bribecode push. If something radical and profound isn’t done, this country is destined for oblivion.

Wow. Got your video from a friend and I’m like, this is me turned inside out. Nigeria stinks from the top yet the population are culpable enablers, and the elites have mastered thee craft of poverty and ethnic induced manipulation…and the victims, the masses. Let’s fight for the soul of our country and our future. God bless Nigeria.

Great initiative. My main fear is that Nigeria is way past the point of ‘no return’.

I support the bribecode for national rebirth and may we all rise up to defend our land against the plunderers.

Thank you and have a wonderful day

My name is Grace Ayeni.
I give my 100% support for the bribecode.org
Nigeria Transforms!!! 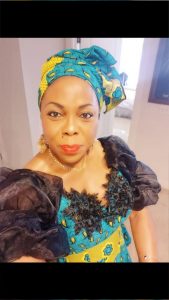 I totally support the BribeCode

I support the Bribecode petition

I support the BribeCode. Nigeria need this to move forward.

I am part of the movement.

I strongly support the bribecode

The politics of evil and evil doers have come home to roost. We can no longer pretent all is well. It is time to take the bull by the horns. Being idle is not an option. It is time to break eggs for our omelette.

I’m in support of this bribe code initiative. We must take back our place on the driver’s seat of our destiny/our nation. 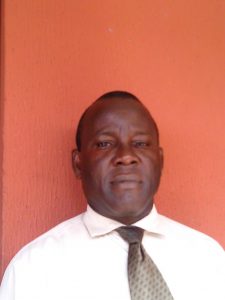 I listened to the interview of the founder of this project on Channels Television, it is quite an intelligent and laudable initiative. I have always been optimistic that we can really turn things around, with the right minds and motives. However, In my view Africans and Nigerians we work more on a Tradition of Morality than the Law. As such any Nigerian or African society in which the Moral Conscience of the people corrodes, there is always lawlessness and impunity. This in my view is the reason why our judicial system is weak an helpless. The Law does not prescribe… Read more »

Thanks for commenting, Tekura. In point of fact, Judges usually have room to apply mercy in their sentences. It is only with exceptional ‘strict liability’ offences that they have no initiative to soften or toughen the sentence. I understand your point, though. The fact is that the power of the norms of our traditional societies were stronger than the power of our laws today because each society was a world of its own. When traditional society for instance, ostracises a morally repugnant person, his life literally ends; he cannot shop, he cannot interact with his neighbours. The only way to… Read more »