Home An Open Letter to the Senate Leader 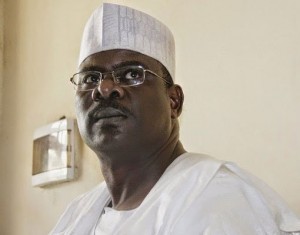 You made a valid point last Sunday when you said, “Government must begin to initiate preventive measures against corruption, instead of waiting for people to steal public wealth before taking action”. You were right of course, because the crime of corruption can never be restituted in full. Even if ‘full’ recovery is eventually made from one man, there are thousands who go scot-free. Besides, the recovery is often over decades so that the opportunity cost of the public funds is lost for good: the lives that could have been saved with stolen hospital funds for instance,  or the illiterates whose lives could have been transformed with looted education budgets.

So you were right there.

Unfortunately, having correctly identified the need for a preventive anti-corruption strategy,  your prescription was: “For example, once you see a new flashy building coming up in an area, the EFCC or ICPC should quickly find out who the owner of the building is then invite him to say where he got the money to start the project from. If this mechanism is on ground people will think twice before they even steal public money,’’

With respect, this proposed strategy still requires public officers to loot the treasury before being discovered at the point of investment. Indeed the practical effect of this strategy will be to guarantee that treasury looters invest their funds abroad – a double whammy for the Nigerian economy.

The preemptive solution you desire, which creates a self-regulatory anti-corruption framework for public sector/private sector transactions is the Corporate Corruption Act, or the Bribecode, which we recommend to the National Assembly for enactment.

The core philosophy of the Bribecode is that corruption is so destructive to Nigeria that companies that engage in serious corruption should be liquidated, while humans who aid and abet them suffer Total Assets Forfeiture. The information floodgates are opened by protecting whistle-blowers and rewarding them with 1% of the proceeds of the liquidation proceeds, while the Gordian knot of nepotism and cabalism in the selective prosecution of corruption cases is cut by giving all the attorneys general in Nigeria the power to bring liquidation proceedings in court. That way,  there is no hiding place for corruption and not only do we prevent corruption,  we will have voluntary self-compliance from the private sector. Since most public sector corruption happens with private sector connivance, that also cleans up government as well.

Dear Senate Leader, you correctly pointed out last Sunday that the war against corruption was a more difficult one than the war against Boko Haram. Indeed corruption and bad governance create a conducive environment for virulent terrorism. Nigeria is a big country and we need big ideas: legislation tailor-made to our circumstances, rather than photocopied from the West..

The Bribecode Campaign is now canvassing Nigerians on its way to the National Assembly. Citizens are currently signing up the petition for the Bribecode at www.bribecode.org/signup. As a senator who has identified with its core preventive visionwe invite you and your colleagues and supporters to sign up publicly as well, and we look forward to your staunch support in the Bribecode’s legislative journey through the house.

I see the #Bribecode initiative taking our beloved country to her promised land.

The Bribecode is a welcome idea that can help check corruption in Nigeria. However, the challenge lies in lobbying our legislators on the need to enact it as a law. Bribecode team should engage in a more massive enlightenment campaign so that more Nigerians will get to know about the idea. If the majority of Nigerians, who are yearning for a positive change will imbibe the Bribecode, then it will not take us beyond 2019 to see to its passage as a law. I support!