Home c I am Michael Okwori & I support the Bribecode 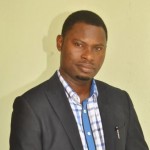 When the recruitment exercise was announced, I saw in it an opportunity to realize my dream of serving my fatherland. Little did I know that even that prestigious organization that boasted ‘ integrity’ as a middle name had succumbed to the seductive arms of the adulteress called corruption.

We were asked to buy ‘pin codes’ at N2000 each from designated commercial banks to access the registration portal. Even that demand was suspicious – for a government agency to exploit unemployed citizens when it was common knowledge that there was no social welfare for them. Thereafter an aptitude test was conducted. Then a physical fitness exercise followed which saw some candidates passing out on the race track.

I successfully made it past the aptitude and physical fitness tests. When I received the news that I had been invited for an oral interview – the last process of the recruitment exercise – I was excited and commended the agency for living up to my expectations. The recruitment was transparent up to that point. Merit and not favoritism had brought me thus far.

On the interview day, I dressed sharply in my best suit. I was ready for any question the interviewers would ask. I had spent many days and nights preparing for the interview. I was confident, respectful and knowledgeable. I had no doubt that I would dazzle the interviewers. If anyone would be taken, I was sure I would be the one. (How wrong I was! The successful candidates had already been selected even before the interview and I was not one of them. Many of the successful candidates did not take part in the aptitude and physical fitness tests. They were either related to some influential political leaders or had paid bribes to racketeers who added their names to special lists.)

The interviewers were not interested in my clothes. Neither did they care about the many hours I had put into preparing for the interview. They just asked for my name, checked it against their lists and told me I would be hearing from them.

I would spend the next six months going to check if the result of the interview had been released. On every such visit, the reply was, “not yet.” Then one day at a bus stop, I ran into Philip, a young man from Rivers State who had been in the same platoon with me during the physical fitness exercise. He was dressed in the uniform of the agency and was obviously on his way to work. To say I was shocked would be putting it mildly.

We got talking and Philip told me he started work with the agency a week after our interview. He laughed at my child-like innocence and said I could have been waiting till eternity for a result that was ready even before the interview. He asked who I “came through” and I said no one. He asked how much I paid and I shook my head in the negative.

Unknown to me, the period before the interview was a crucial for candidates. Special lists were being compiled. Racketeers were busy collecting bribes of between N300,000 to N400,000 from corrupt and desperate candidates. Rather than frown at a corrupt system that sacrificed meritocracy for favoritism, several of my fellow candidates obtained letters of introduction from Federal Lawmakers, Ministers, First Class chiefs and other influential people. Some of them bribed their way onto the ‘special lists.’ As for me, I naively trusted the agency to abide by its advertised principle of recruiting candidates on merit. How naïve I was! Corruption had permeated every sphere of our country and the agency was no exception.

“Are you not a Nigerian?” He laughed at me. “Do you sincerely hope to be given a job in a government establishment where little work is done and much money is paid as salaries without any connection? Wake up my brother! Shine your eyes! This is Nigeria!”

Even as we parted, I kept asking myself how we allowed our country to descend so low. I kept wondering how young people could accept our corrupt system as normal and even brag about being knowledgeable about how to survive in it. Philip saw nothing wrong in a culture of corruption that sacrificed merit for mediocrity and favoritism.

My hatred for the monster called corruption increased from that day and I resolved to join the fight in ridding our beloved country of its grip. I am excited about this campaign for a zero tolerance culture that starts from the private sector, making it impossible for corrupt public servants to truncate, and I call on all my friends and all Nigerians to support the Bribecode. Let’s restore our integrity as a people. Bribery and corruption cannot be a part of our culture! We reject it! When I enter planes or take my son to public hospitals I want to put our lives in the hands of the best pilots and doctors, not the best scam artists who paid lecturers for their grades and racketeers for their jobs.

That is why I support the Bribecode.