Home Uncategorized I am Banji Ladipo & I Support the Bribecode 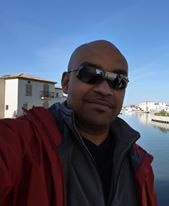 I love this idea.

I’d like to see how legislation can be managed so that companies can not protect themselves by simply ‘proving’ that an employee was acting independently. The argument that a sales executive, in an attempt to land a contract (That would bring them a fat bonus) was unbeknownst to his/her employer, handing out bribes seems an easy out for a corrupt company. They deny complicity, sack the scapegoat and carry on trading. Of course, if the effect of being thrown under a bus by your company is 3-10 in Kiri Kiri, perhaps the scapegoat will become a canary. . . details, to be addressed in due course, intentions matter now.

Regardless of any legal loopholes that may be successfully exploited by corporate criminals, this sort of thinking is what all right-minded Nigerians should be doing. Too many of us are trying to pick a side in a two-horse race between APC and PDP whose members change sides like clothing and bear very close resemblance to each other.

I am sickened by pro-Jonathan people saying, “this administration hasn’t stolen everything like Abacha, they have dropped a few crumbs for the people.” It’s like living in a parallel universe where citizens of Nigeria are slaves not voters.

The argument from Pro-Buhari people that they need the support of corrupt people to oust the current regime and that the corrupt members of APC will be sidelined and made toothless once power is in the ‘right’ hands is a lovely pragmatic idea, but until we see it enacted, remains no more than that, an idea. Ideas like this Bribecode are the way forward for patriots; we need to start creating ways to hold our government to account. This is particularly difficult as it is not our taxes that support them. In Nigeria, only 4% of government income comes from the people (http://www.chathamhouse.org/search/site/razia%20khan cited by Tom Burgis in his book, The Looting Machine)

This means that our only true power is holding legislators to account by the power of our vote and our ability to recall them if they do not serve as we wish.

Our ability to vote (in fact the entirety of our democratic process) is also hugely compromised by the incumbents’ free access to the treasury and ability to circumvent or influence institutions like INEC, the Police and the military. Two weeks ago, I would have bet my bottom Naira that there would be no election on the 28th of March. Now there’s a possibility that it will hold simply because of the talk of an interim government. The threat of a military coup d’etat is what it takes to get our current crop of crooks to accept the risk of facing an election.

If all this does is present a clear line drawn in the sand between the honest and dishonest then it is a huge step in the right direction.

My name is Banji Ladipo and I support the BribeCode (and whatever lies beyond).

Akin Sogo, It is of course our tragedy as a nation that we laugh about the things that ought to make us cry.